Hachinohe Senbei Soup is a local food with a history of over 200 years. It is a soup made with a meat or fish stock to which vegetables, mushrooms, etc. are added and stewed together. Right before it is served special Nanbu senbei (wheat crackers) called otsuyu senbei are broken up and added to the pot. The combination of rich stock and the firm chewiness of the Nanbu senbei is a quintessential feature of this rustic dish. And it is this point of the story that the ‘Hachinohe Senbei Soup Lab’ must be brought up.

Back in November of 2003, a small group of volunteers that had no background in the restaurant or food industries got together and formed the ‘Hachinohe Senbei Soup Lab’. Their goal was to take this humble dish that was so beloved in the Hachinohe Area and expose it to the rest of the country, and through these efforts help revitalize the area, a challenge which they area still endeavoring towards to this day.

The organization also founded the B-1 Grand Prix cooking event, and in 2012 during the 7th B-1 Grand Prix in Kitakyushu, they took home the highest award. Due to their efforts, hundreds of billions of yen have been made for the Hachinohe Area, and the goal of this small group of local volunteers has certainly brought new life and great opportunities to the area.

This brings us to the Hachinohe Senbei Soup Set, a product that came out a collaboration between the Hachinohe Senbei Soup Lab and a local company called Aji-no-Kaku-no-Ya. The set includes a salty and rich based soup that uses both pork and chicken meat to achieve its delicious flavor. Also included in the pack are the special otsuyu senbei crackers that are used when making Senbei soup. The crackers are of course locally made, and come from the well known Kamitate Senbei Store in Hachinohe.

The secret to using the set to make the best-tasting senbei soup is to add cabbage to the soup and wait until the last moment to add the senbei. The cabbage will add a slight sweetness to the soup, and adding the senbei at the very end will ensure that they stay a nice ‘al dente’ instead of becoming soggy. 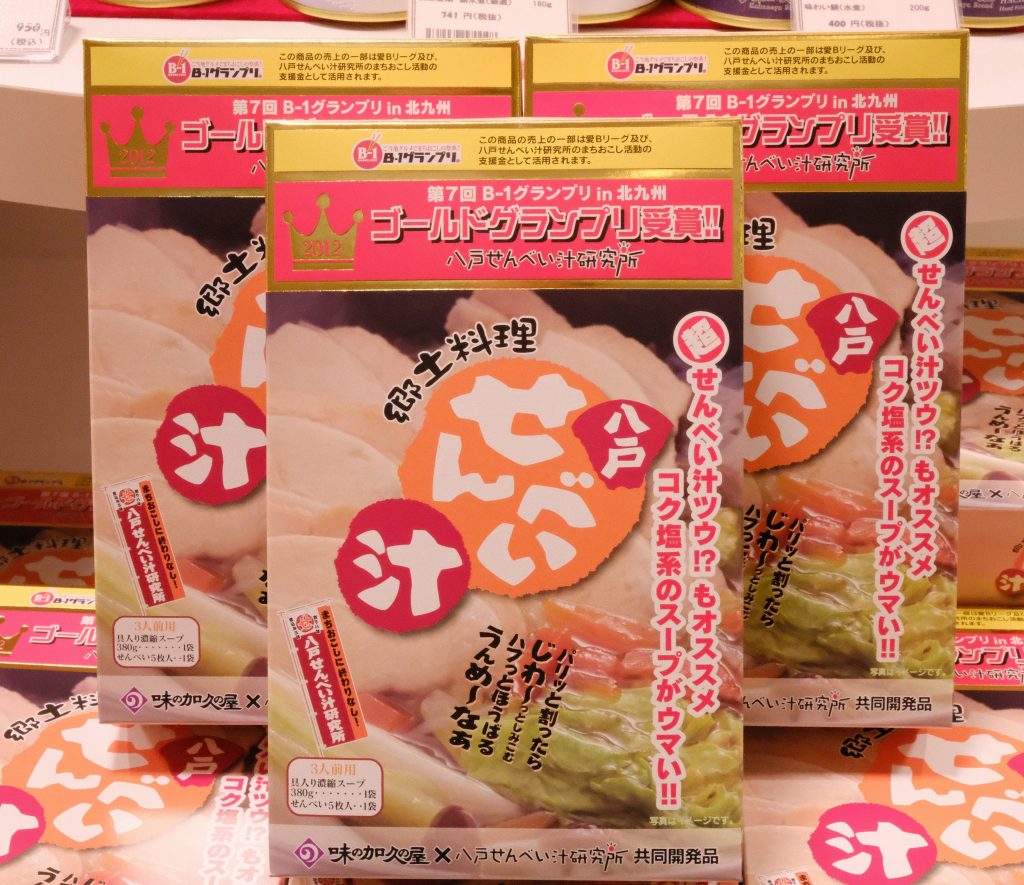