The Itsukushima Shrine
(on Benten Island)

The Benten island was a tiny island located in the Okuki harbor that was connected to the mainland at the beginning of the Showa era. Although it is now techniqually a peninsula, the piece of land is still commonly reffered to as Benten-Jima, or Benten island, by the people of the area. The now peninsula is home to an Itsukushima Shrine and breeding grounds for the black-tailed gull.

The torii gate of the Itsukushima Shrine on the island was destroyed and washed away by the 2011 Tohoku earthquake and tsunami. The upper part of the gate remained largely intact after it was washed out to sea, and ended up drifting all the way to the west coast of the USA, some 7,000 kilometers away. After this part of the torii gate was discovered on a beach in Oregon, it was returned to Japan, repaired, and the whole gate was rebuilt 4 years and 9 months after the terrible disaster struck the area. The island, shrine, and torii gate are now seen as symbols of recovery and the wonderful friendship that connects two communities across the ocean. 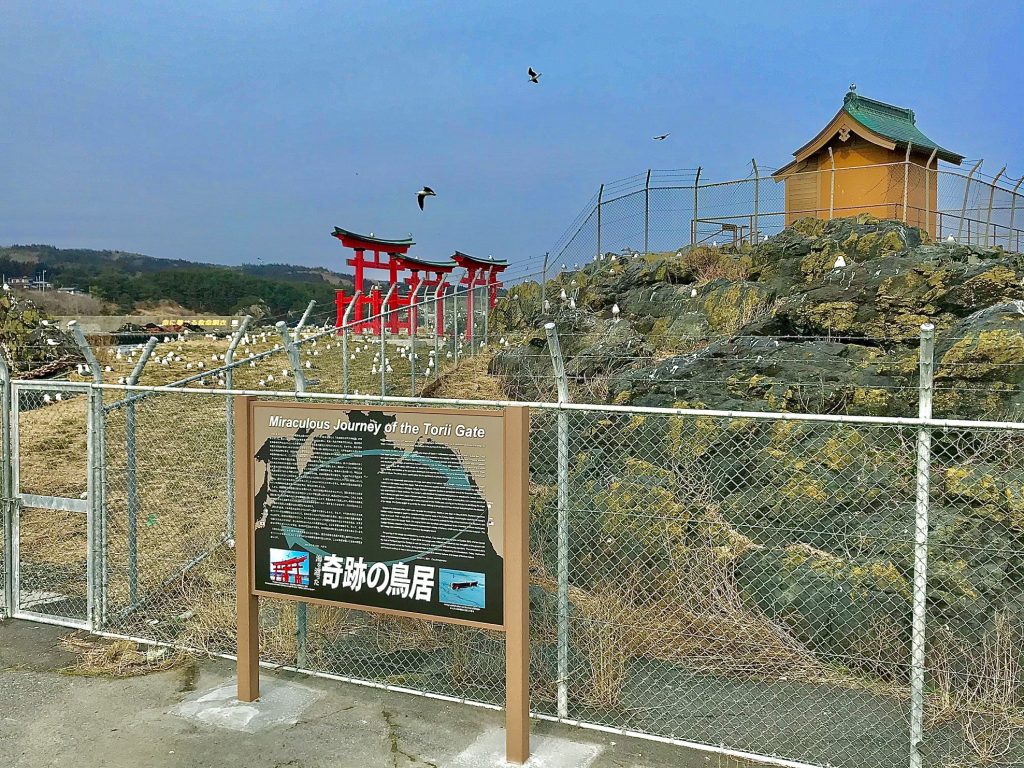