The Folk Crafts of Hachinohe

In the masterpieces created with the wisdom
handed down through the generations
the earthy character of Hachinohe’s people shines through.

The Yawata-uma horse figurine is a traditional local toy with a history of over 700 years. It is said that the wooden horses were originally made by farmers in the off-season to be sold as souvenirs of the Kushihiki Hachiman-gu Shrine annual festival, and became known as “Yawata-uma”. (“Yawata” is another reading of “Hachiman”.) The gorgeous patterns painted on the wooden horses reflected the way real horses were traditionally adorned for rural weddings in the region. The Yawata-uma is one of Japan’s “migoma” or three wooden horses, and as they bring good luck, they are often given as mementos of celebrations such as weddings and new buildings. 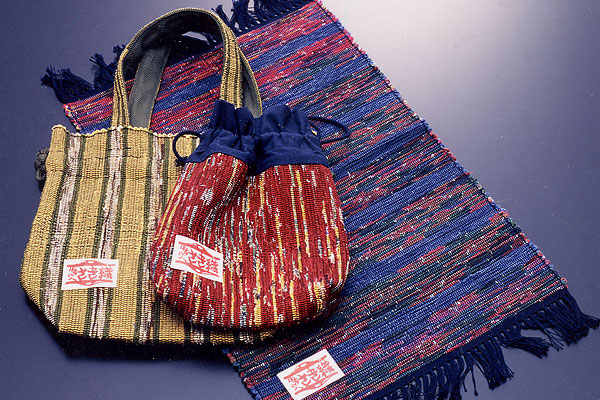 Nanbu sakiori style of weaving uses torn strips of old cloth and well-worn kimonos as the weft, with the warp composed of four colors of hemp or cotton yarn.

Sakiori grew from the desire to reuse cotton, which was rare and precious in the Hachinohe area, in beautiful designs.
You can try sakiori for yourself at YouTree in front of Hachinohe Station. 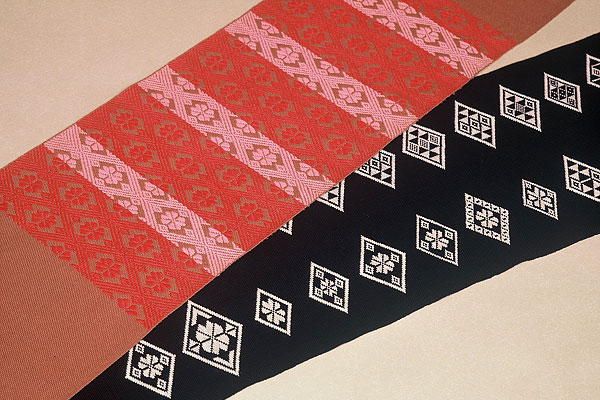 Nanbu hishizashi is the traditional embroidery from the rural areas of Hachinohe. It gets its name from the diamond-shaped (hishi) pattern of the stitches, which add insulation and strength to fabrics. This art, requiring patience to sew the thread one stitch at a time, was born from the traditional lifestyle.
You can try hishizashi for yourself at YouTree in front of Hachinohe Station.

Flour and water are kneaded together, salt is added, and the mixture is baked in an iron mold. Often eaten as a snack in Hachinohe, senbei comes in a variety of flavors including sesame, peanut, and butter. There are several theories as to its origin. The most generally known comes from the period of the Northern and Southern Courts when Emperor Chokei visited the Hachinohe region. It is said that the Emperor ran into food troubles, so his retainers acquired some buckwheat flour and sesame seeds from farmers and then baked and served the senbei in their helmets. Other theories are that senbei was eaten by Nejo-Nanbu soldiers on the battlefield and that Jesus Christ, after being spared execution, made his way to this land and made them in replacement of bread.

» All you need to know about the Nanbu Senbei

The Hachinohe Area has a long history of struggling with rice cultivation due to the cool summer winds known as yamase. But the Hachinohe Area was part of the Nanbu clan, and thanks to their support and connections, the sake brewers were lead by Nanbu brewmasters,  famed throughout the country for their skill. The tradition of Nanbu brewers and their skilled craftsmanship paired with an abundance of natural spring water perfect for brewing alcohol led Hachinohe to overcome the challenges posed by its troubles with rice cultivation. This has allowed Hachinohe to enjoy a long history and tradition of producing amazing sake that continues on to this very day.

The Hachinohe Area in January