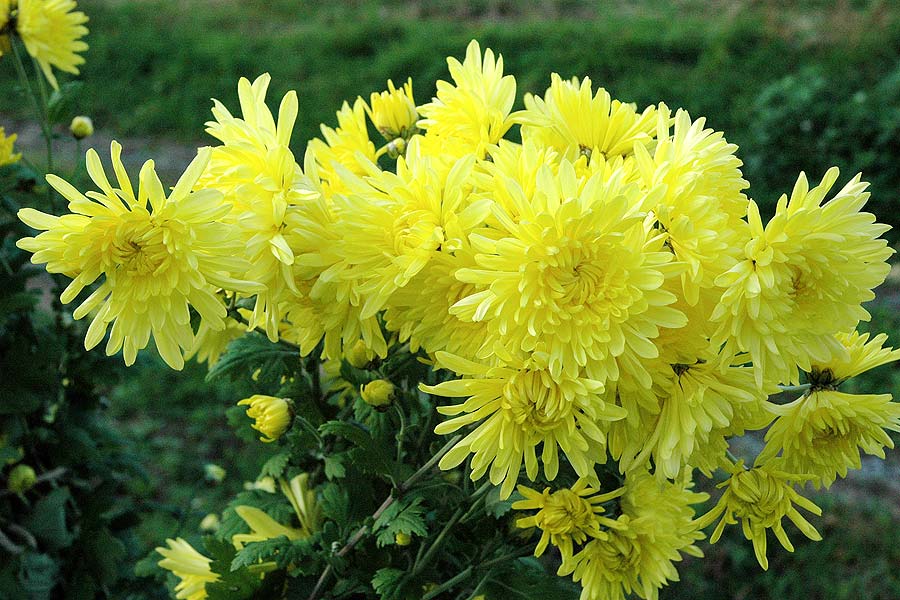 Abokyu is the Japanese name for a palace built long ago by Qin Shi Huang, the founding emperor of the Qin dynasty in China. The emperor was known to be extremely fond of chrysanthemums, so much so that a variety of the flower was named after the Abokyu palace that he built.

Chrysanthemums have long been used for both traditional Chinese medicine purposes and for viewing enjoyment in Japan. During the Edo period, the lord of the Nanbu clan brought the abokyu type of chrysanthemum to the Hachinohe Area from Kyoto so that he and his court could enjoy the plant for flower viewing. This was the beginning of chrysanthemum cultivation in the town of Nanbu.

When frost sets on chrysanthemum flowers, they brown, whither, and their flavor deteriorates. But what makes Nanbu town, and in particular the Ainai area of the town, so great for growing these flowers is that the frost there sets in two weeks later than most other places. This makes Nanbu the perfect place to grow an abundance of chrysanthemum flowers late into the season.

There is also a story about how the abokyu type of chrysanthemum, which was originally used for viewing, came to be used as a food in this area.

Long ago, the Hachinohe Area was often stricken by famines. During this time the people had to rely on what they could find to eat. The flower chrysanthemum flower has a pleasant fragrance, and if you happened to try the abokyu type out of curiosity or desperation, the taste of the flower is surprisingly good as well. The repeated famines that plagued the area eventually lead to a unique flower eating culture to take root.

In recent years, thanks to developments in the drying process of the flowers, as well as the flowers being purported to be effective as a preventative food against cancer amongst having other health benefits, the chrysanthemums have gained popularity as a health food.

Mr. Baba is the maker of two traditional Japanese treats that utilize these special flowers. The treats he makes are called the Yaenokiku and the Nanbugiku Manju. Mr. Baba is said to be one of the foremost people working to preserve and diversify the use of Nanbu’s abokyu chrysanthemums, which is how he came up with the idea to use them when making traditional Japanese sweets.

With so much history and health benefits to boot, these Japanese treats that feature chrysanthemum flower petals are an interesting snack to try while in the Hachinohe Area. 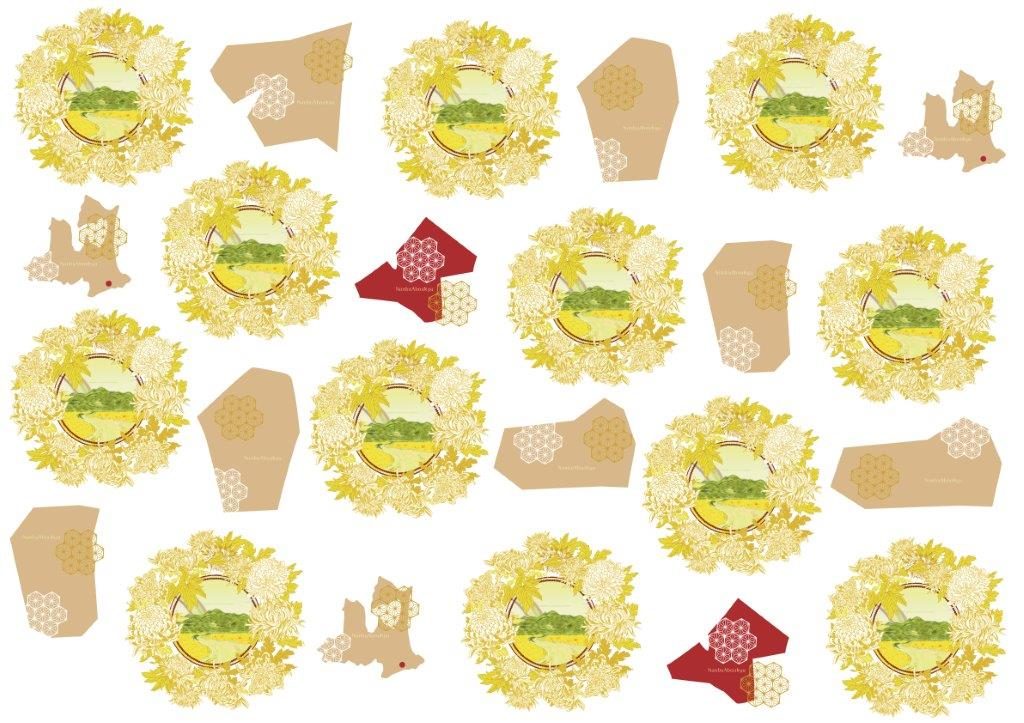